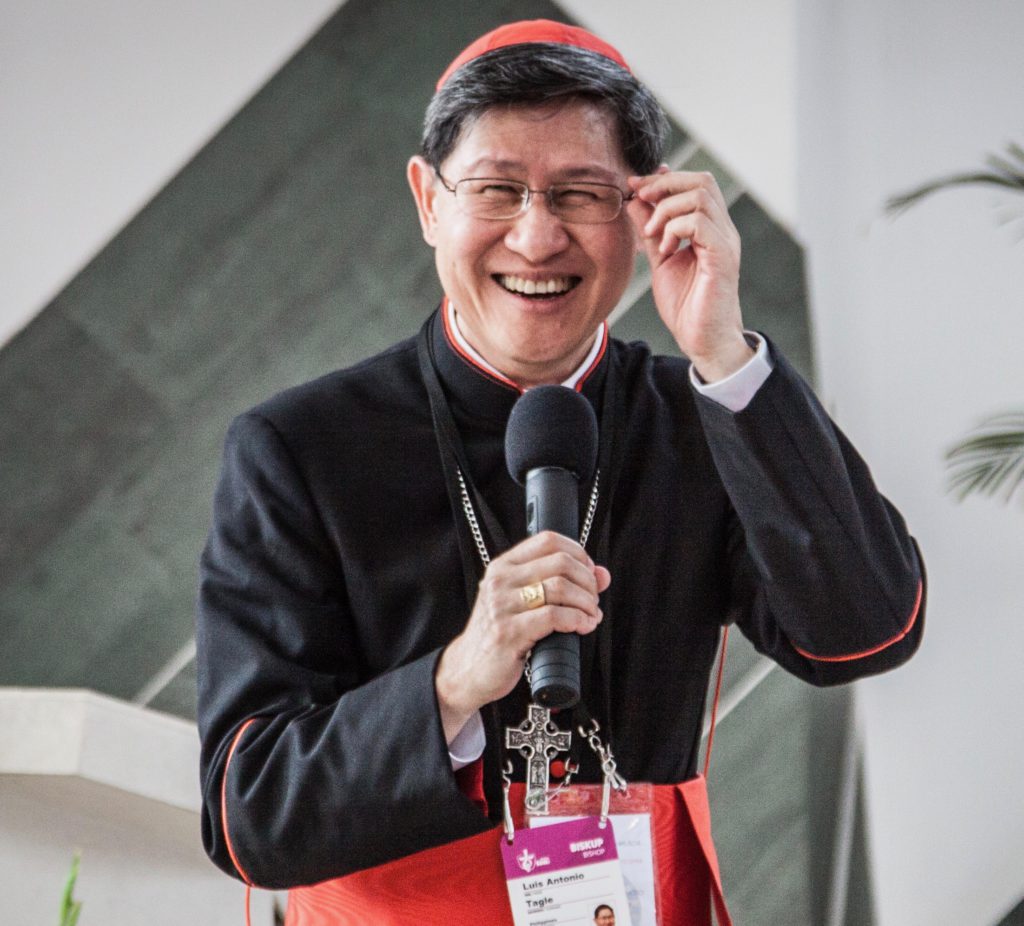 Archbishop of Manila and President of Caritas International

Panellist
The Future of Humanitarian Aid

He received religious instruction at St. Andrew’s School, Parañaque, then run by the Scheut Missionaries. After leaving school he entered the inter-diocesan St. Jose Seminary in the capital, run by the Jesuits, and in seminary he studied philosophy at the Athenaeum of Manila University and theology at the Loyola School of Theology.

He was ordained to the diaconate on 18 July 1981 and to the priesthood on 27 February 1982. For the first three years as a priest he served in parish ministry and as spiritual director of the Diocesan Theological Seminary in Imus of which he was later Rector. He taught philosophy and theology at the Divine Word and San Carlos Seminaries and at the Loyola School of Theology.

On his return to Imus in 1992, he resumed his office as Rector of the Seminary. He was also a member of the College of Consultors and of the Presbyteral Council and Episcopal Vicar for religious. In 1998 he was appointed parish priest of Our Lady of Pilar Cathedral. In the meantime he continued to teach theology. He gave lectures, directed retreats and organized updating seminars for priests, religious and laity in the Philippines and abroad. He also took part in the activities of the Bishops’ Conference and of the Federation of Episcopal Conferences of Asia, and became an appreciated speaker.

In this period, he joined the editorial committee of the Institute for Religious Sciences of Bologna, involved in drafting the history of the Second Vatican Council. In 1997 he was appointed member of the International Theological Commission and in 1998 took part as an expert in the Special Assembly for Asia of the Synod of Bishops.

On 22 October 2001 he was appointed Bishop of Imus and was ordained a bishop on 12 December that year. Issues affecting youth were the focus of his special attention and he gave weekly video broadcasts on the liturgical readings on the internet.

On 13 October 2011 he was appointed Archbishop of Manila. He took possession of the archdiocese on 12 December.

President Delegate of III Extraordinary General Assembly of the Synod of Bishops (October 2014) on the topic: The Pastoral Challenges of the Family in the Context of Evangelization; President Delegate of the XIV Ordinary General Assembly on the topic, The Vocation and Mission of the Family in the Church and Contemporary World (October 2015).

From May 2015 President of Caritas Internationalis.

He participated in the conclave of March 2013, which elected Pope Francis.